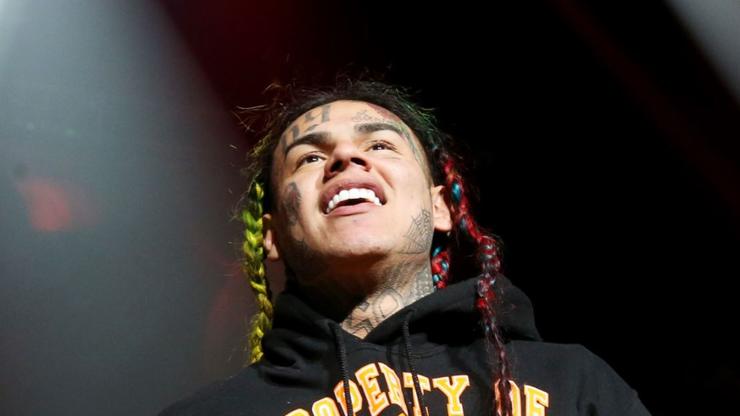 The rapper’s lawyer did admit that 6ix9ine had visited a hospital.

Days after news spread about his reported hospitalization, Tekashi 6ix9ine‘s team is calling foul on the rumors. The rapper has been M.I.A. from social media after storming platforms in anticipation of the release of his latest album, TattleTales. Since the record dropped weeks ago, 6ix9ine seems to be taking a break from trolling and making controversial statements. Earlier this week, The Shade Room reported that 6ix9ine had been hospitalized due to an overdose on caffeine and weight loss pills, but according to Vulture, his lawyer has stated that isn’t the truth.

The rapper’s lawyer, Lance Lazarro, didn’t give much information about his client but he did admit that 6ix9ine was treated by physicians. “He did not overdose,” said Lazarro. “He was treated and released on the same day.” While reports stated that 6ix9ine was treated for overdosing on Hydroxycut diet pills and McDonald’s coffee, Lazarro didn’t confirm that information with Vulture. Meanwhile, it’s reported that The Shade Room claimed to have verified the validity of the report with 6ix9ine himself. The outlet recently sat down with the rapper and discussed his controversies at length, leaving many to believe the report due to their working relationship.