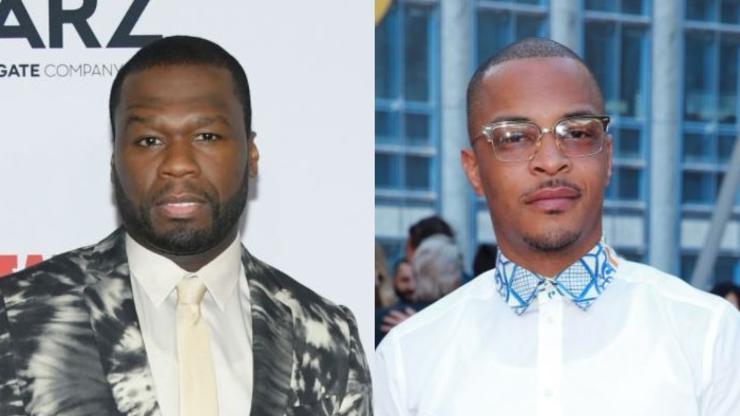 Fif told T.I. that he needed to “chill” and added that he was “bugging for saying anything.”

Comments from Tip have been the focal point of conversation. If you haven’t been following along with this, here’s a recap: T.I. made a post about Atlanta being a progressive city with loving residents and told the general public, “Stop coming here to kill each other.” People were angered because they believed that the rapper was referring to the recent shooting death of King Von. The Chicago rapper was murdered outside of an Atlanta hookah bar following a physical altercation with Quando Rondo‘s entourage.

T.I. received some scathing responses, especially from King Von’s sister who asked 50 Cent to weigh in on the controversy. Although T.I. returned to say that his initial remarks had nothing to do with King Von, Fif still felt the need to tell T.I. that his comments were unnecessary. On Instagram, 50 Cent shared a screenshot of Von’s sister’s IG Story and added his thoughts in the caption.

“A @troubleman31 you gotta chill, you bugging for saying anything,” wrote 50 Cent. “They got casualties this is real sh*t, i don’t know what you was thinking but re think it now. They are hurting, they love that boy he was a way out. I bet you don’t even realize they will kill you for what you just said. what hood you from again? come on now it’s quiet time.” Check out the posts below.