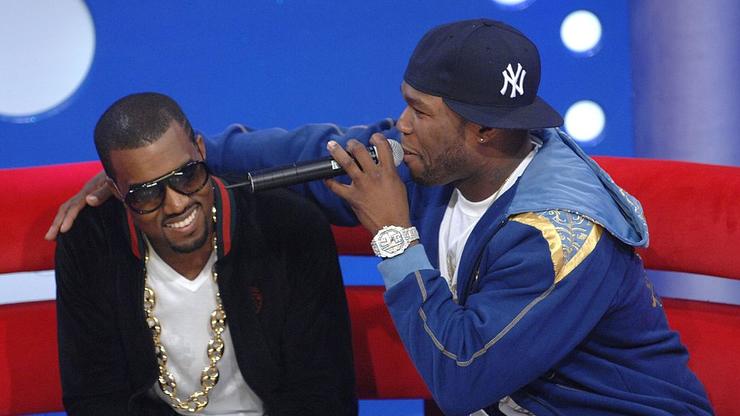 Kanye West said that Kim Kardashian wanted to fly to Wyoming with a doctor to get him “locked up,” leading 50 Cent and others to comment.

Let’s take a minute to pray for Kanye West. A tumultuous last couple weeks has presented evidence that the legendary artist is in the midst a severe manic episode.

Most recently, he went on a tweet spree last night, calling out his wife Kim Kardashian for selling her sex tape, posing for Playboy, and trying to get him “locked up” by nearly flying to Wyoming with a doctor. Prior to his announcement that his new album Donda would be released on Friday, West held a campaign rally in South Carolina, where he will not be on the ballot, where he claimed, among other things, that Harriet Tubman didn’t actually free the slaves, she just made them work for other white people.

Needless to say, it’s been a wild ride for Kanye as late.

50 Cent recently went on the record to blame Jay-Z for Kanye’s Harriet Tubman take and now, he’s reacting to this latest string posts, including the tweet about Kim trying to get him help.

“Oh shit, fool you said you almost killed your daughter,” wrote Fiddy on Instagram, referring to West’s claim that he wanted to have his firstborn daughter North aborted. “Your wife knows best sit your ass down. Happy wife happy life.”

It’s clearer now more than ever that Kanye West needs help. Hopefully, his family is able to get through to him.