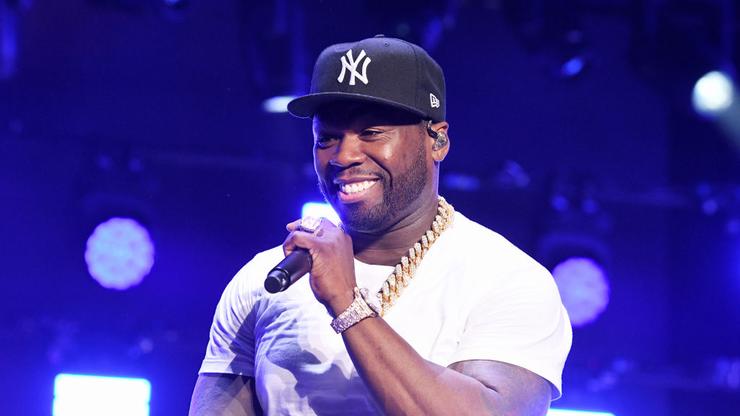 After “The Woo” hit number one on Urban Radio, 50 Cent took a moment to celebrate by showing some love to Pop Smoke & Roddy Ricch.

Though 50 Cent has developed the reputation as a hip-hop antagonist notably incapable of showing mercy, that’s not to say he’s entirely void of empathy. Every so often, Fif reveals a hint of compassion, enough to keep the rap game guessing — though probably insufficient to lull his many foes into a false sense of security.

Either way, 50 appeared deeply affected by the death of Pop Smoke. Perhaps it was due to the parallels between them. Both rising voices of the streets. Both New Yorkers, despite hailing from different boroughs. Motivation aside, 50 took it upon himself to executive produce Pop Smoke‘s first posthumous album, vowing to help propel the project’s success on both the critical and commercial front. On both ends, it would seem that Fif achieved his goal, especially after having “The Woo” recently score a number one placement on Urban Radio.

“@roddyricch,” he tags, sharing a laughter emoji for emphasis. “laughing #1 she want to fuck wit the Woo.” Clearly, many people have kept the Pop Smoke, 50 Cent, and Roddy Ricch collab in steady rotation. Unsurprising, really. Both Pop Smoke and Roddy Ricch remain two of hip-hop’s most popular young artists, and 50 Cent’s legacy act status ensures that a new verse will always pique interest. Throw in a radio-friendly instrumental from Rxcksta & 808 Melo, and it’s no surprise to see the Shoot For The Stars, Aim For The Moon single continue to gain traction months after its release.

Congratulations to 50 Cent, Roddy Ricch, and Pop Smoke for this latest milestone. Are you still bumping “The Woo?“