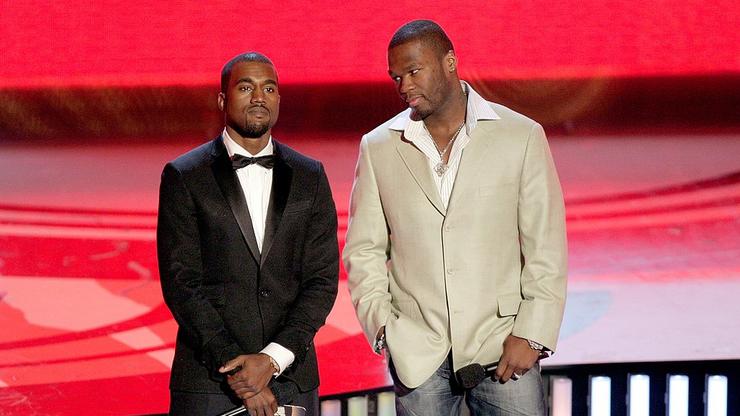 At Kanye West‘s first Presidential campaign rally in South Carolina, the rapper broke into tears speaking about his pro-life stance, noted that he almost aborted his daughter North, and made some dubious claims about Harriet Tubman.

“Harriet Tubman never actually freed the slaves, she just had them work for other white people,” said West during his speech.

The moment has spread across social media like wildfire as people argue that Kanye is not fit for fice. Of course, it caught up to 50 Cent, who surprisingly blamed the artist’s former mentor Jay-Z for his current moves.

“What the fuck did he just say,” asked Fif, reposting the video on Instagram. “This is all Jay z fault, kanye’s first Rally. LOL.”

At the end the day, this is coming from the same man that said slavery was a choice. Are we really surprised?

After Kanye’s first rally, it’s clear that people are less than enthused about him running for President.

This is just the start all the headline news pertaining to Kanye this week. He also announced over the weekend that his new album Donda, which is named after his late mother, would be releasing on Friday. However, that revelation was later deleted, so the album is up in the air.

Do you support Kanye West or will you be casting your vote for Joe Biden, Donald Trump, or another candidate in November?