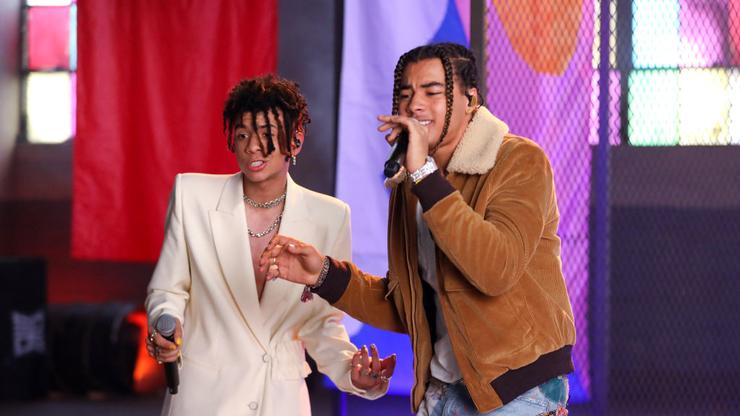 24kGoldn and iann dior return to #1 on the Billboard Hot 100, passing Ariana Grande to regain the top spot.

One week removed, 24kGoldn and iann dior have already reclaimed the top spot on the Billboard Hot 100 for their third week at the top of the chart, passing Ariana Grande.

The pop star spent one week at #1 following the release of her album Positions, with the title track. However, it didn’t stick around for too long, being bounced by “Mood” and relegated to #2.

This comes following the duo’s performance of the song at the 2020 MTV EMAs. You can expect it to hold down the top few spots on the charts because, last week, they released a new remix with Justin Bieber and J Balvin. That basically translates to a guaranteed #1.

The new chart update, which was released today, also shows the remainder of the Top 10. Drake and Lil Durk occupy the third spot, continuing to hover around the Top 3 with “Laugh Now Cry Later”. The Weeknd remains dominant with “Blinding Lights” at #4. And Gabby Barrett closes out the Top 5 with “I Hope”.

More news to mention includes “WAP” clocking in at #10, nearly ending its stay in the most popular songs in the country. Internet Money and Gunna‘s “Lemonade”, which features Don Toliver and NAV, also stars strong at #7.

What’s your favorite song right now? How did it do on the charts?