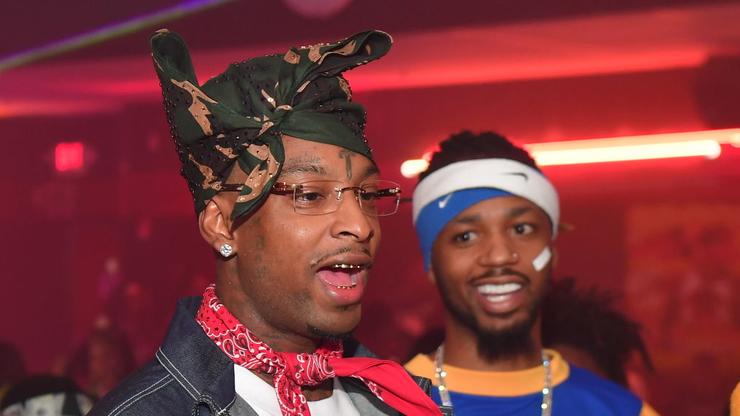 21 Savage and Metro Boomin’s “Savage Mode II” has completely taken over the Billboard charts with an impressive 13 placements.

The year of 2020, an unforgettable one to be sure, is quickly coming to an end. As such, the conversations surrounding the album of the year have entered the preliminary stages, with 21 Savage and Metro Boomin‘s recent Savage Mode II proving to be a recurring contender. Not only did it earn steady critical acclaim, right down to its nostalgic Pen & Pixel-laced artwork, but it also happened to be a success on the commercial front as well.

Case in point, 21 Savage and Metro Boomin are currently enjoying a full-scale takeover of the Billboard Hot 100, with thirteen of the album’s fifteen tracks (everything but the Morgan Freeman-narrated interludes) holding down chart positions. In the lead is “Runnin” at #9, not too shabby for a dark banger — next is the Drake-assisted “Mr. Right Now,” to no surprise. “Glock In My Lap” sits comfortably in the #19th spot, “Rich N***a Shit” at 26, “Slidin” and “Many Men” at 32 and 33 respectively. From there comes a bit of a drop before “My Dawg” lands at “56.”

Clearly, the fans have responded quite favorably to the anticipated sequel, and it wouldn’t be surprising to see 21 and Metro’s latest album continue to resonate — especially as the temperatures grow chillier. Check out the full list of chart placements below, courtesy of Akademiks, and sound off. Is Savage Mode II deserving of album of the year consideration?