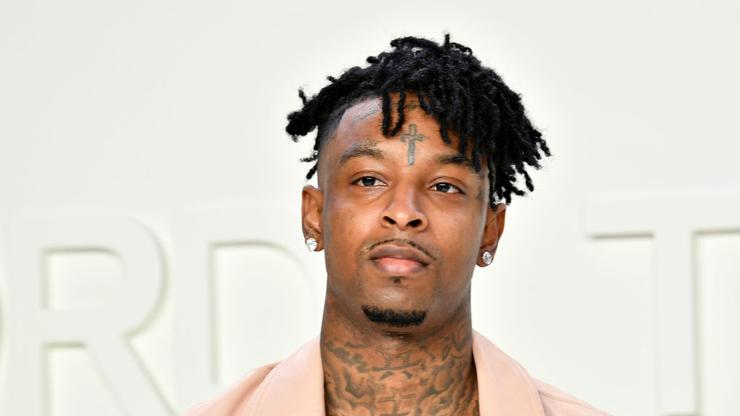 21 Savage explains in a new interview that his immigration case is still open, explaining what he would do if he gets deported.

21 Savage was arrested early last year by ICE, which came as a surprise to all of his fans. Despite the rapper growing up in Atlanta, he was reportedly staying in the United States without a visa. He had applied for a new one but, because his last one had expired, the immigration police came after him.

We haven’t heard much about his case in recent months and, because of that, many assumed that he was in the clear. However, there is still a chance that he gets deported, which Savage explained in a new interview with DJ Scream and Big Bank.

In between speaking about financial literacy and his new album with Metro Boomin, 21 Savage spoke about what he would do if he were to be forced to leave the States.

“No, [the immigration case isn’t over] but the lawyers are dealing with it,” said the rapper when asked about his arrest last year. “I don’t think they’re gonna [deport me] but if they do, shit, my money coming with me, for sure. I’ll be alright, for sure. The money go wherever you go. They got rich people over there [in the UK]. I’ma be one of them.”

He went on to joke that he would also have all of his homies move to England with him.

“I’m taking everybody. Everybody coming. Everybody gonna wanna come,” said Savage. “They not letting me go by myself anyway. They coming, for sure.”

Shortly after, the 27-year-old explained what it was like growing up as an immigrant in Atlanta.

“I done overcame every obstacle that came my way. N***as don’t really know how that shit be like. Growing up, a n***a is in the hood and a n***a an immigrant. So, no matter what, you can’t go to college,” he said. “You can’t get no license, you can’t get no job. My mom used to be paranoid driving. My mama used to be scared to drive. Scared. But she had to drive. No license. My mama ain’t never had a license until I was probably 24 or 25 when I got some money and got her shit straight. Our struggle was different. It wasn’t no other option. I couldn’t go get a job. I couldn’t go to college. I couldn’t get a license. I just got my license when I was like 25 or 26.”

Savage starts talking about immigration at 17:15.