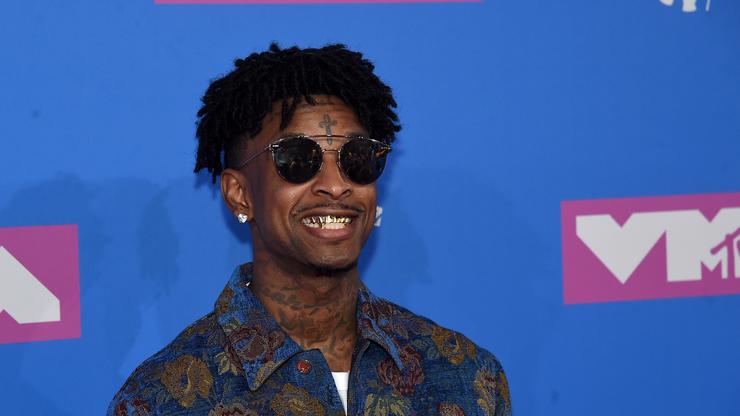 The rapper was asked about his current feelings for his ex and claimed, “I’m married.”

We’re just hours away from the release of Savage Mode 2 and 21 Savage is sitting down to chat about his personal life. Metro Boomin and 21’s long-awaited project has fans sitting on pins and needles until its arrival, but during his appearance on Big Facts Podcast, 21 Savage was asked about more than just his music. The rapper dated Amber Rose for about a year until they broke up in 2018, and while they’ve both moved on with their lives, 21 was still grilled about his current feelings about his ex-girlfriend.

“Do I miss her? Ah, hell nah,” he answered with a smile. The host said he was just making sure 21 Savage hadn’t penned any tracks about Amber Rose on his record. “I ain’t made any songs about her. She in a relationship!” He went on to say that there’s a special woman in his life. “I’m happily in love. I got a family. I’m good.”

Everyone wanted to know who the lucky lady might be, but 21 Savage wasn’t giving up any details. “I can’t really tell you all that,” he said. “You can’t let ’em know everything!… I’m happily in love. I’m married. I’m happy.” It’s difficult to navigate privacy in this celebrity-driven culture, so good for 21 for making it work. Check out his interview in its entirety below.