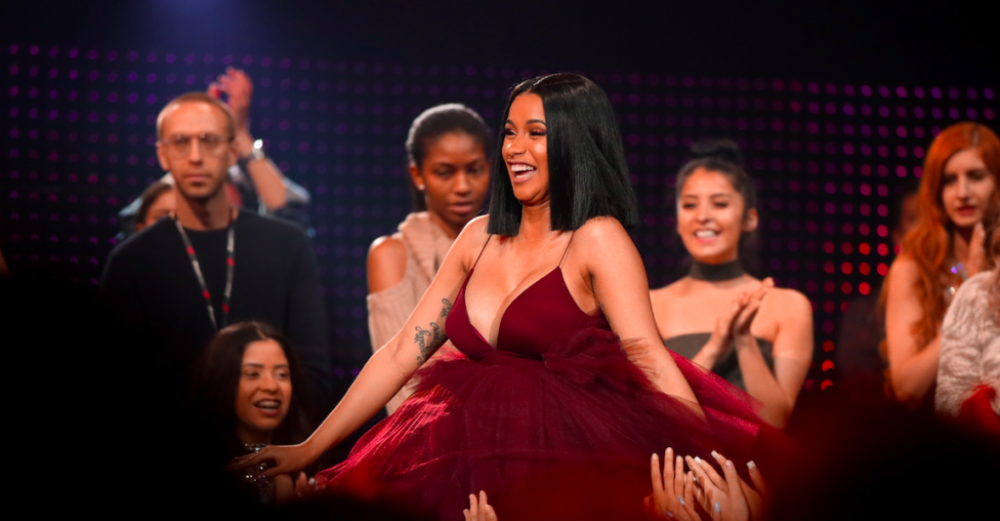 Cardi B recently won iHeartRadio’s Best New Artist award. The always-herself-and-never-anything-else rapper gave everyone a good dose her personality, laughing and joking as she accepted her award.

The Bronx native — who “became the third artist and first rapper in history to place her first three Billboard Hot 100 entries in the chart’s Top 10 simultaneously” — thanked everyone who helped bring her to the top and finally gave an update on her first studio album.